Experts at the American Psychological Association define tantrums as outbursts that usually occur between the ages of 2 and 4 and involve behaviors such as yelling, kicking, biting, or hitting people around them. The episodes are usually seen as an expression of accumulated tension and frustration.

These tantrums occur when young children cannot express their frustrations or upsets properly and lash out in extreme anger. They cry, scream, kick and hit with their hands and feet, walk away from their parents, sit on the floor, stamp their feet, and in extreme cases vomit or hold their breath.

Between five and seven percent of children between the ages of one and three have tantrums lasting at least fifteen minutes three or more times a week. Children with language impairments or autism may have these more frequent and aggressive tantrums because of the additional frustration associated with difficulty expressing themselves (Daniels, Mandleco, Luthy, 2012).

Why does a tantrum occur?

Because they sometimes don't manage to put everything into words as they would like, and because things don't go their way, children often have a tantrum. Very often it happens that parents do not understand the preference or need at a particular time, and this triggers an angry episode.

According to specialists, such an episode lasts between 10 minutes and half an hour and manifests itself in tears and tantrums that can occur even in children as young as one and a half years old, and in some cases can last as long as 10 years old.
Researchers at Stanford Children's Health outline the reasons why children have tantrums:
They want to be on their own and get angry when they can't do what they want; 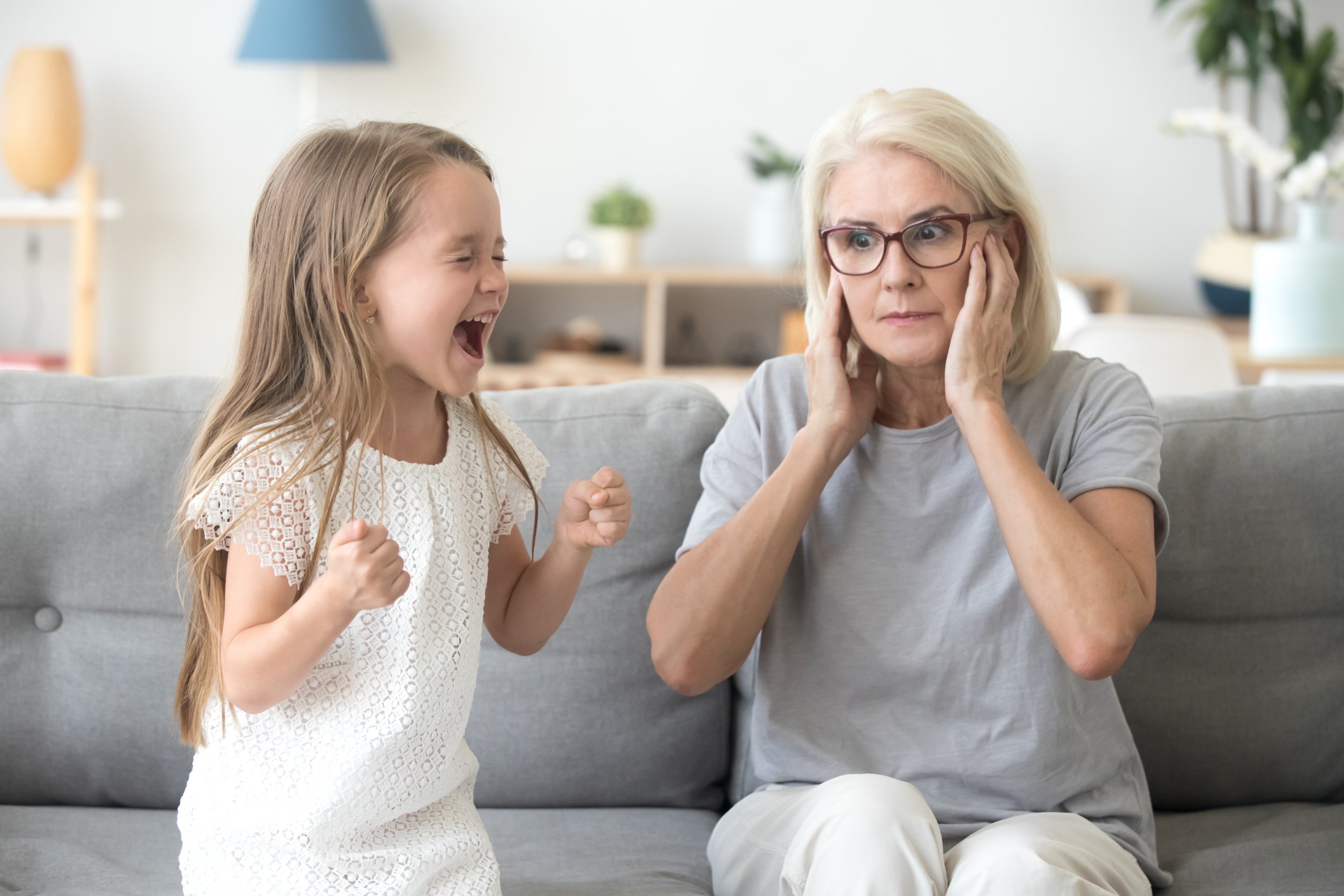 If we look at the different episodes of tantrums, we can see some signs that may predict this, such as:
At this stage, it is important to have a constant discussion with your child about the rules, what is going to happen next and how you can manage the episode together.

How do you manage tantrums?

More and more parents are looking for magic solutions to stop their children's tantrums. Experts warn us that we can rarely stop such a moment and that the most effective thing is to try ways to make it as harmless as possible for us and our children. Most children invest all the energy they have at the moment. So the solution is not to try to stop a tantrum after it has already taken you by surprise, but to prevent it.

How do you prevent tantrums in children?

For example, if he had tantrums at the shop when you didn't want to buy him a toy, prepare the day or at least a few hours before you go to the shop and get him interested in the things you already have on your list. If you go grocery shopping, tell him about how you'll cook together and play with the vegetables you buy, involving him as more than just a bored companion waiting by the cart. Boredom will make him drawn to the things he's generally interested in, i.e. toys, and behave in such a way that you don't get along with him.

Try to distract the child

If you feel a tantrum coming on, immediately find something to distract your toddler with by using a nearby item. For example, you could say, "Look at the funny shape of this potato" or "Look, a cat's at the door!" Act as if you are very surprised and interested in what you see. 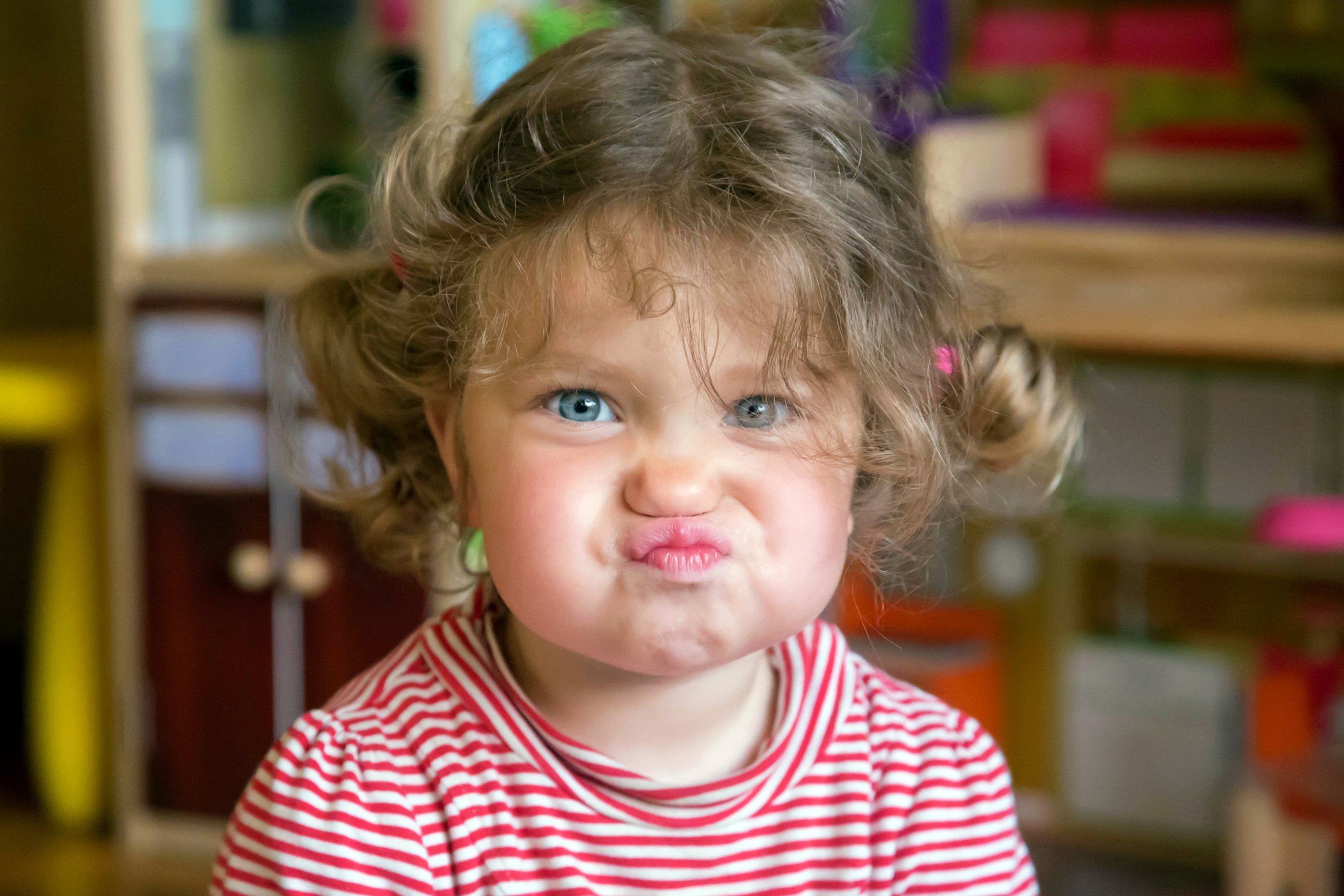 Children's ability to control their behavior, called top-down thinking by specialists, develops over time. It varies from child to child and depends on many factors, including genetic, relational, and environmental factors. Tina Bryson and Daniel Siegel have called the part of the brain responsible for top-down thinking the 'floor brain'.

Here are recommendations to keep in mind when building top-down tuning skills:

1. Connect emotionally with your child. Find ways to communicate (without words) the message "I see you are hurting but you are not alone". We are used to talking first, whereas our first step should be simply to be there for the child emotionally, conveying the message that they are safe. Feeling safe is a critical element that underpins the foundation of emotional health.

2. After acknowledging his emotions and helping him acknowledge them, help your child calm his body and mind. Try to figure out what helps him calm down. Some prefer a calm voice, others prefer to be rocked or cuddled. Some children just want to have you there, without doing anything in particular.

3. Once a child has discovered with an adult the way to calm down, we can begin to use top-down thinking to help them discover how to plan and find new ways to cope. This only works once the foundation of emotional regulation is solid.

4. Helping little ones starts with cultivating our emotional stability and calmness. Children's tantrums can often send us over the edge, forgetting how to keep us calm and rational. It helps a lot to remind ourselves that little ones don't do this specifically, but have a stress response reaction. Our compassionate presence, attentive to each child's individual needs, is the best way to calm the emotional storm your little one is going through.

More and more researchers recommend Parent-Child Interaction Therapy (PRIDE) and recommend at least 5 minutes of emotional connection with the child. In these minutes we can also apply the PRIDE technique, a mechanism to connect emotionally with your child.
The skills encompassed in the acronym PRIDE reflect a fundamental mechanism by which the parent develops a strong, positive relationship with their child while learning to manage a variety of behaviors using positive attention (Girard et al., 2018; Ware et al., 2008).

1. SPECIFIC PRAISE (P - praise) is positive feedback provided by the parent for a specific behavior, action, skill/quality, or even product of the child. "Thank you for sharing the toys.", "I'm so proud of you for your polite behavior.", "You have great ideas for this painting.",

2. REFLECTION (R - reflection) are statements that encourage the child to think more when performing an action or having a dialogue. Very often, reflection can be done by summarising what the child says, in this way we can subtly correct grammar or pronunciation rules without criticizing them.

3. IMITATION (I - imitation) refers to the imitation of actions that a child performs. Through imitation, the child learns about cause-effect relationships, and healthy behaviors can be modeled and reinforced.

4. DESCRIPTION OF THE BEHAVIOUR (D - description) performed by the child. By verbally describing the child's actions or behaviors as soon as they have been performed, we reinforce the positive or healthy ones. It is very useful when describing behaviors to also label the emotions the child feels during play, thus helping the child to develop an emotional vocabulary.

5. ENTHUSIASM AND ENJOYMENT (E - enjoyment) should preferably accompany the child's play. So 'enthusiastic' facial expressions engage the child more easily in play and help to connect with the child.
So, as far as these tantrums in children are concerned, it is very important for the parent to remain calm, inform themselves about these phenomena, identify the specific causes that cause their child to have a tantrum, and what useful methods there are for management.

Remember that tantrums are not usually a cause for concern and generally stop on their own. As children mature, they gain self-control. They learn to cooperate, communicate and cope with frustration. Less frustration and more control will mean fewer tantrums in children - and more relaxed parenting.

Mathematics: How do we help children see beyond numbers?